To put it simply, dying intestate means you don't have a will. Did a close relative die without a Will? While you will encounter some complexities, if you know the rules, you can navigate them.  How will the estate be distributed in the absence of a Will? To start with, many assets aren't passed by Will, such as: Life insurance proceeds.Real estate, bank accounts, and assets are held in joint tenancy/community property with the right of survivorship.Property held in a living … END_OF_DOCUMENT_TOKEN_TO_BE_REPLACED 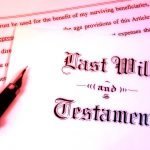 The time period following the death of a loved one is often a confusing time for the surviving family members and loved ones. Sometimes the grieving period is overshadowed by the legalities that must be addressed. For example, if you have reason to question the validity of the decedent’s Last Will and Testament, you will need to act on those concerns in a timely manner of forever waive the right to do so.  The time period within which you can contest a Will in California is directly tied to when … END_OF_DOCUMENT_TOKEN_TO_BE_REPLACED

Probate is the legal process typically required after an individual’s death to settle and distribute the decedent’s estate. The probate process can be costly and complicated even without disputes; however, when a dispute turns into litigation, it can wreak havoc with the administration of the estate. The Riverside probate litigation lawyers at Dennis M. Sandoval, A Professional Law Corporation explain what to expect if you find yourself involved in probate litigation. Probate Basics Most … END_OF_DOCUMENT_TOKEN_TO_BE_REPLACED 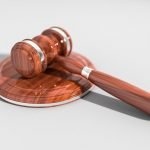 As Riverside probate litigation attorneys, we often find that highly publicized Will and trust contests that involve famous people can be very instructive to the general public. With this in mind, there was a situation that unfolded a number of years ago that garnered a lot of attention in the media and within the estate planning community. We recently published a blog post about the different types of Wills that exist, and this case definitely underscores the risky nature of what are known as … END_OF_DOCUMENT_TOKEN_TO_BE_REPLACED

Barbara Piasecka was born in 1937 in Staniewicze, Poland. She died in Wroclaw, Poland on April 3, 2013, at the age of 76. She arrived in the United States in 1968 with less than $200 in her pocket. Shortly thereafter she was hired as a cook by Esther Underwood Johnson, the second wife of J. Seward Johnson, Sr., heir to the Johnson and Johnson fortune. Her cooking skills were unacceptable, so she became a maid at the Johnson's Oldwick, N.J. estate. Mr. Johnson set her up in an apartment in … END_OF_DOCUMENT_TOKEN_TO_BE_REPLACED

The estate of Brooke Astor, the renowned philanthropist who died at age 105, was recently settled. It had been entangled in litigation for many years involving her son, Anthony Marshall, and his estate planning attorney, Francis X. Morrissey. Marshall and Morrissey convinced Astor, after she had been diagnosed with dementia, to execute a number of codicils to her Will, giving control of her $200 million estate to Marshall. Marshall intended to divert the funds that were intended to go to various … END_OF_DOCUMENT_TOKEN_TO_BE_REPLACED