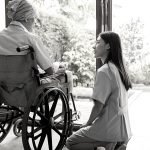 World Elder Abuse Awareness Day is June 15th Every year, many Americans age 60 and older suffer abuse and neglect.  As part of World Elder Abuse Awareness Day, we join the international community to raise awareness and help end elder abuse here at home and around the world.  The Elder Justice Act of 2009 defines elder abuse as "the knowing infliction of physical or psychological harm or the knowing deprivation of goods or services that are necessary to meet essential needs of an individual … END_OF_DOCUMENT_TOKEN_TO_BE_REPLACED

To put it simply, dying intestate means you don't have a will. Did a close relative die without a Will? While you will encounter some complexities, if you know the rules, you can navigate them.  How will the estate be distributed in the absence of a Will? To start with, many assets aren't passed by Will, such as: Life insurance proceeds.Real estate, bank accounts, and assets are held in joint tenancy/community property with the right of survivorship.Property held in a living … END_OF_DOCUMENT_TOKEN_TO_BE_REPLACED

It should come as no surprise that providing care for adult children, relatives, or parents can result in additional financial strain. To alleviate this stress, the IRS offers a credit for dependents over the child tax credit age of 18. For each dependent who meets these requirements, you may qualify for a $500 credit: Is 17 years of age or older.Has a taxpayer identification number.Are dependent parents or other qualifying relatives supported by the taxpayer.Are dependents living with the … END_OF_DOCUMENT_TOKEN_TO_BE_REPLACED 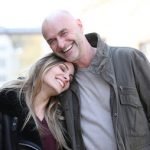 Are you in an age-gap relationship? Five percent of first marriages and 20% of second marriages need a special focus on making both of your needs work. Financial matters for large age-gap retirement planning include retirement funding, Social Security planning, and health care costs.   Retirement Planning Imagine a scenario in which the older spouse is ready to retire, while the younger spouse is hitting her/his stride and doesn't want to slow down. How should … END_OF_DOCUMENT_TOKEN_TO_BE_REPLACED 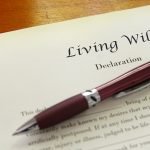 If you are among the millions of Americans in a committed long-term relationship who have decided to put off—or forego altogether—marriage, estate planning takes on a heightened importance for you. The law continues to confer certain benefits and rights on the legally married that simply don’t exist outside the bounds of marriage. Fortunately, careful estate planning can accomplish what the law does not.  A Riverside estate planning attorney at Sandoval Legacy Group explains why estate … END_OF_DOCUMENT_TOKEN_TO_BE_REPLACED