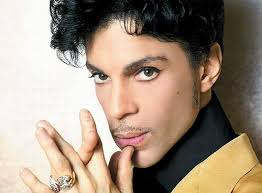 Probate of Prince’s Estate Drags On

Now two years after Prince’s death, his estate remains a mess. With estimates of a value in excess of $200 million, the IRS and executor Comerica Bank don’t look any closer at agreeing to a value for the estate or the amount and the timing of payment of estate taxes. Comerica and its attorneys have already been paid $5.9 million with a pending request for another $2.9 million in fees. That doesn’t include fees for accountants, appraisers, attorneys for the heirs to the estate and the estate’s main music adviser, Spotify executive Troy Carter.

Recent settlement negotiations have been opposed by the Prince’s heirs, Sharon Nelson, Norrine Nelson, John Nelson, Alfred Jackson, Omarr Baker and Tyka Nelson. They are strenuously objecting to an entertainment transaction that they claim would be an “embarrassment to Prince’s legacy.” Some memorabilia appears to be hitting the auction block, with clothing and musical instruments recently seen being put up for bids by Heritage Auctions.

Heirs have thus far not seen a penny, but it appears at least some of them are willing to continue to engage in litigation rather than enter into settlement negotiations. A recent settlement proposal for what appeared to be a large music deal was strongly opposed by Sharon, Norrine and John. They claim that the estate could win more through litigation.

Much of Prince’s Estate Will Be Lost to Estate Taxes

The lack of an estate plan and business succession plan left Prince’s estate in disarray. The lack of planning before his death will probably result in his heirs paying out a s much as fifty percent of the estate in federal estate taxes and Minnesota estate and inheritance taxes. Continuing trustee, administration, accounting and legal fees could easily consume most of what is left after taxes. It may be that Prince’s heirs don’t see much of his wealth. Carver County District Judge Kevin Eade has recently admonished the parties to keep the spending under control, stating that the estate “is not an unlimited resource.” It appears unlikely anyone is taking the admonishment seriously.

You can learn more about estate planning and estate taxes by visiting the website of Riverside Estate Planning and Probate lawyer, Dennis M. Sandoval. You can schedule an appointment to discuss your situation by calling 951-787-7711.

Latest posts by dmsandoval (see all)