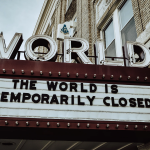 The coronavirus outbreak has resulted in thousands of lives lost, halted the global economy, and plunged markets into recession levels. There is not an abundance of good news right now, but there are some silver linings if you are wise in your estate planning. Certain opportunities arise under circumstances when investments lose a significant value over a relatively short period of time. Here we will discuss why now is a good time to make gifts in the form of stock market assets. In addition, … END_OF_DOCUMENT_TOKEN_TO_BE_REPLACED

Stephen Hawking was among the most recognizable faces in science at the time of his death on March 14, 2018. Hawking, age 76, gained fame from his multiple appearances on shows such as the Simpsons and the Big Bang Theory, as well as from the many popular science books he wrote, including "A Brief History in Time." Hawkin was diagnosed with early stage ALS, or Lou Gehrig's Disease, at the age of 21. ALS is the acronym for amyotrophic lateral sclerosis, a neurological disease. Unlike most ALS … END_OF_DOCUMENT_TOKEN_TO_BE_REPLACED