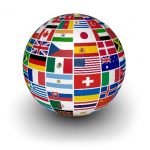 Estate planning for U. S. citizens who own assets in foreign countries can be tricky. Sometimes it is even more difficult to properly plan for a Non - U. S.  citizen with assets in the United States. Probably most difficult of all is estate planning for the resident alien.  This blog post by the American Academy of Estate Planning Attorneys looks at the estate tax treatment of U.S. citizens, resident aliens and non-resident aliens. The article then looks at an example of someone who lived in the … END_OF_DOCUMENT_TOKEN_TO_BE_REPLACED

Gun Trusts Provide Special Planning For Transfer of Rifles and Other Guns With all the recent talk about banning assault rifles such as the AR-15, a California Gun Trust may be more important than it ever has been before. Gun trusts are specifically used to hold weapons regulated by the National Firearms Act of 1934 (NFA) and Title II of the Gun Control Act of 1968 (NFA or Title II firearms). Although gun trusts are designed to hold title to NFA forearms, they can be used to hold any type of … END_OF_DOCUMENT_TOKEN_TO_BE_REPLACED

Riverside estate planning lawyer Dennis M. Sandoval will be speaking to over 150 lawyers from across the nation at the American Academy of Estate Planning Attorney's 25th Anniversary Spring Conference in Las Vegas from April 25 - 30, 2018. The American Academy of Estate Planning Attorneys is a nationwide membership organization of lawyers who focus their practices on estate planning, elder law, trust administration, probate and conservatorships. Dennis will be speaking to the estate planning … END_OF_DOCUMENT_TOKEN_TO_BE_REPLACED 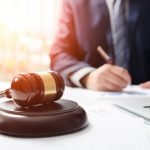 Far too many people do not seek out legal counsel from estate planning attorneys because they harbor misconceptions. First of all, a lot of individuals feel as though estate planning is only important for senior citizens. They assume that they will have plenty of time to address the matter when they are old and gray. The second notion that some people entertain is the idea that anyone can create a last will in a matter of minutes using downloads and worksheets that are available online. … END_OF_DOCUMENT_TOKEN_TO_BE_REPLACED 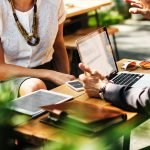 Many people assume that a last will is the only logical way to facilitate asset transfers if you are not very wealthy. They are aware of the existence of trusts, but they are under the impression that trusts are only used by millionaires who have very complicated estates. The lawyers at our estate planning law firm hear this all the time. We find that their clients are quite surprised when all of the facts are explained to them. When you create a Will, you name an executor to administer the … END_OF_DOCUMENT_TOKEN_TO_BE_REPLACED

Stephen Hawking was among the most recognizable faces in science at the time of his death on March 14, 2018. Hawking, age 76, gained fame from his multiple appearances on shows such as the Simpsons and the Big Bang Theory, as well as from the many popular science books he wrote, including "A Brief History in Time." Hawkin was diagnosed with early stage ALS, or Lou Gehrig's Disease, at the age of 21. ALS is the acronym for amyotrophic lateral sclerosis, a neurological disease. Unlike most ALS … END_OF_DOCUMENT_TOKEN_TO_BE_REPLACED

Parkinson's Awareness Day is April 11 this year. Parkinson's disease is a disease in which the nerves degenerate, predominately affecting the nuerons that produce dopamine in the part of the brain called the substantia nigra. The cause of the disease remains largely unknown. People with Parkinson's disease may experience: (a) tremors, mainly while at rest; (b) slowness of movement; (c) limb rigidity; and (d) gait and balance problems. While Parkinson's Disease itself is not fatal, complications … END_OF_DOCUMENT_TOKEN_TO_BE_REPLACED 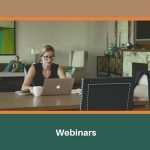